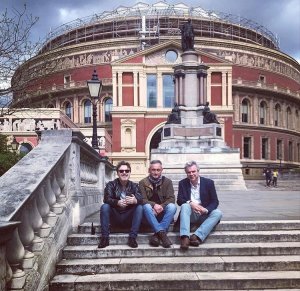 Warwick and Young have been writing and recording in the studio with the fantastic Christina Johnston and were recently invited along with Producer Pete Crisp, to hear her sing at the wonderful Royal Albert Hall.

Christina Johnston is a British Coloratura Soprano, born in Framlingham, Suffolk and educated at Framlingham College.  Despite her young age, Christina has addressed audiences all over the U.K, Europe, Asia and South America and has earned her the delightful nick-name ‘The Nightingale’.

She was accepted with scholarship when she was just 18 to The Guildhall School of Music and Drama in London.
At the tender age of 22 she made her Operatic debut at The State Opera, Prague as The Queen of the Night in Mozart’s Die Zauberflöte and Adele in Strauss’s Die Fledermaus and sang in over 3 seasons as these roles.
Since then she has performed at Kazan Opera House, Russia as Olympia from Les Contes D’Hoffmann by Offenbach, sung on tour in Germany, Switzerland and
Austria as The Queen of the Night in Die Zauberflöte.
On numerous occasions she has sung for various Heads of State, most notably regularly singing for the President of the Czech Republic, President of the People’s Republic of China and various Presidents of EU Countries.
She was also invited by the Chinese President to China to sing for the 70 year celebrations of the end of World War II.
She was chosen by the Ambassador of Israel to sing in Hebrew in Prague’s famous St Vitus Cathedral for the Day of Jerusalem which was broadcast live to the Mayor of Jerusalem. 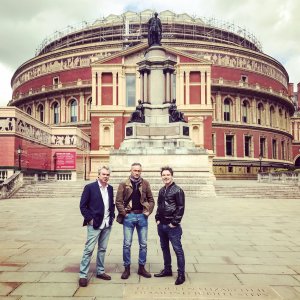 Upon arrival at The Royal Albert Hall, guests were greeted by an exquisite champagne reception and canapes in the Elgar Room prior to the performance.  The atmosphere was buzzing and the audience eagerly awaited Christina’s performance.

Dressed in a gorgeous blue Cinderella-esque gown, Christina once again wowed the audience singing classics accompanied by a top string quartet, String Fever UK.
Christina finished the set with a rendition of Fly, written by Warwick, Young and Maclean. It was received to a rapturous applause and standing ovation from all in attendance. A truly breath-taking performance!

With many more projects lined up together, it seems that the lyrically strong, heart-felt material of Warwick and Young combined with the sublime voice of Christina Johnston makes for an extremely exciting future!